The past several weeks have offered up some of the best Spanish Mackerel fishing I have ever seen in the Western LI Sound, lots of fun and these fish are also great to eat! I look for them on beaches, near shore rip lines and areas of structure in 10-25 feet of water but they can show up almost anywhere there are silversides and peanut bunker. The past few weeks the fish have been on 1.5-3” peanuts and the new 2.5” EXO Jig has been a game changer for me. Our waters have been a little murky lately so I have done best with the white color retrieved quickly near the surface. I find this smaller EXO cast excellent even with my standard 20lb. braided line on a fast action 10-20lb. class 7’ rod. I have already seen a scout team of Bonito and they were rather large in the 10-12lb. class but the numbers are there just yet to get hookups….any day now for LI Sound anglers! For the bones I recommend the 3” EXO as they will be feeding on slightly larger peanuts by the time they arrive in large numbers but keep the smaller version handy in case they are on small spearing which happens particularly on the north shore of Long Island near the sandy beaches. 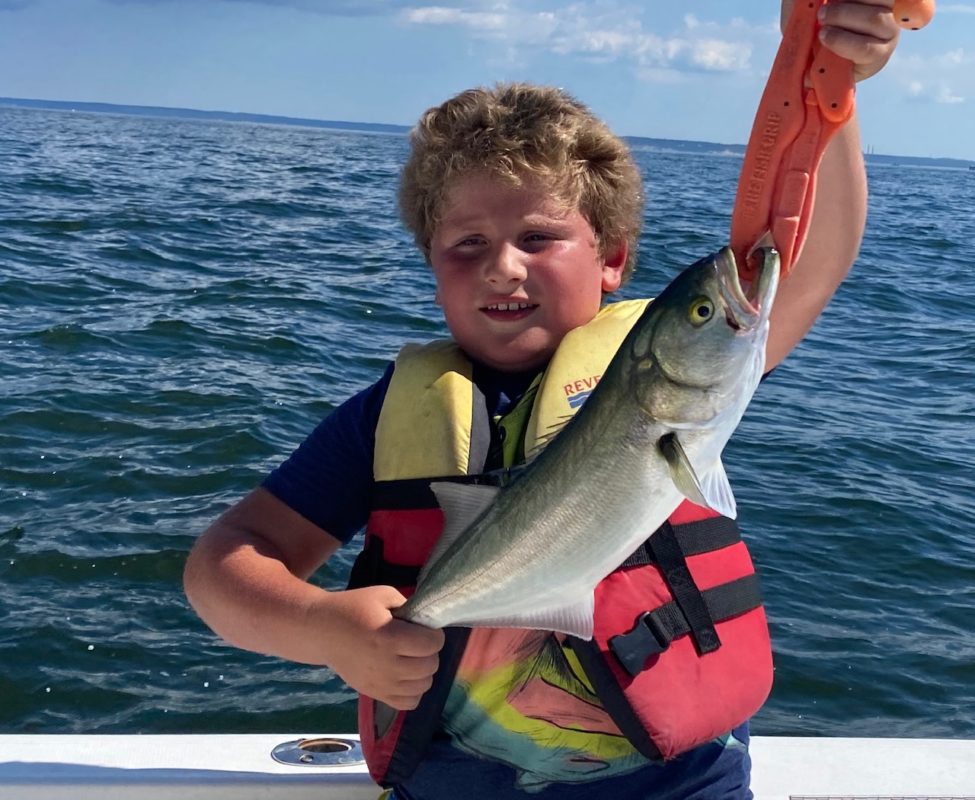 This continued to be one of the best bluefish season in over a decade with sizes ranging from mostly 4-8lb. fish and the occasional gator up to 14-15lbs. These big blues cannot resist a 10” Big Occhi snaked through the surface film near a bunker school but don’t overlook blind casting to shallow boulder fields during daylight hours when these fish will be resting after a night of chowing down on bunker! The Occhi holds up pretty good to blues but in most cases it will be a one fish to one lure ratio at best :-) We are also getting into an early jig bite for medium size blues on the deeper rip lines from New Haven to Norwalk, plenty of action jigging a 4” EXO at the depth the fish are suspended which can be anywhere from 10-30 feet below the surface. This has been consistent now for over 2 weeks and there are quality bass mixed in as well, it’s almost like a very early fall run underway and no complaints here! 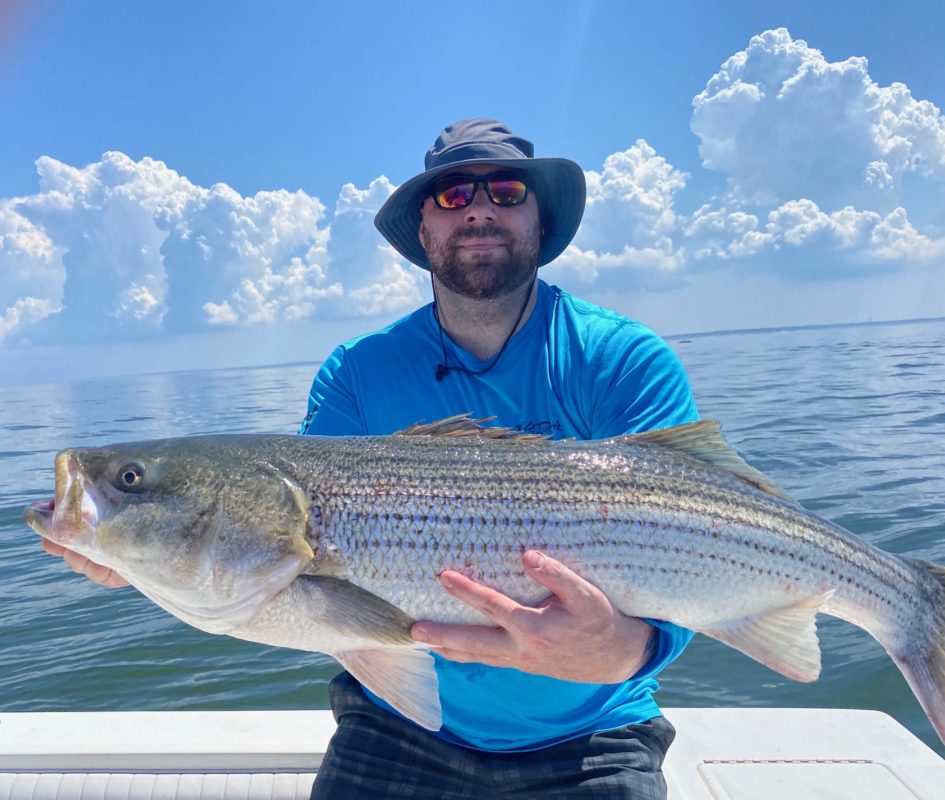 The next 2-3 weeks will be exciting with the arrival of bonito, false albacore, more bass and blues and maybe even the Spanish Mackerel will stick around to add a bonus option to the potential of the New England slam which is when an angler catches a striper, bluefish, bonito and false albacore on the same outing….I have accomplished this twice in the western LI Sound but it would be great to add the macks to make it even more interesting.