Here’s how the experts get hot action on big porgies.

Porgies, also called “scup” and “sea bream,” typically range in size from 1/2 to 2 pounds, with a 3-pounder considered a trophy. A legal-size porgy in Connecticut is 9 inches, but most pros will release any under 11 inches because the smaller fish aren’t worth fussing with. Porgy anglers refer to larger specimens as “humpbacks” and “dinnerplates” due to their size and pronounced meaty hump behind the head. Now is the time to prepare for the hot autumn bite.

“Porgies move into Long Island Sound in late May and June to spawn,” says Capt. Mike Stepski, owner of the Tartan II bottom-fishing boat out of Niantic (www.tartaniifishing.com). “During that time, they’re primarily on sandy bottom. After they spawn, they start to fetch up in the rocky-bottom areas. You can catch them in these locations all summer; by September, they're really taking hold, and the fishing is as good as it gets for both size and numbers.”

You may think porgy fishing is simple, but for consistent action you can’t neglect the details. Like any other type of fishing, location is the primary element to success.  While most sandy bottoms and rocky structures hold scup, look for a broken bottom of mixed rock and shellfish beds—porgies love foraging on baby mussels. Passages between reefs and large, sandy holes in reefs are coveted hotspots. Small reefs rising from a flat bottom are also prime locations. Like their cousin the sheepshead in southern waters, porgies are also fond of pilings and bridge abutments because of the crustaceans they hold. A local chart and depthfinder are helpful in pinpointing these locations, as is trial and error. 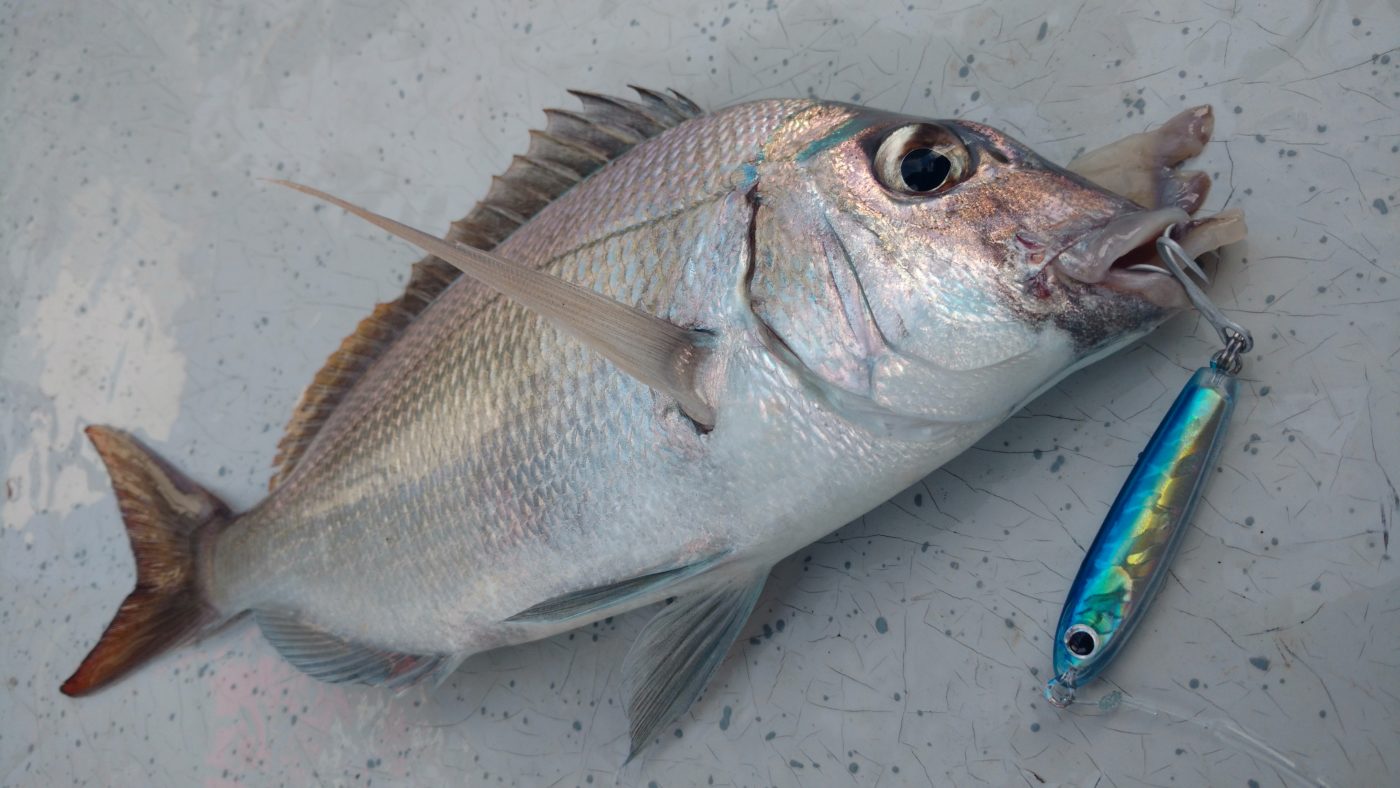 Shallow Water Many scup are found anywhere from within casting distance of the beach to shallow structure or sand/gravel bottoms of 30 feet deep. In these areas, most anglers simply pick a spot over the structure, plop over the anchor and stay put. Porgies aren’t shy. After anchoring, the pros say if you don’t hook up within 10 minutes you should move and re-anchor until you find a school. Although it’s more work, experts also recommend relocating if you find small porgies swarming your baits.

Deep Water “Deep” water is open to interpretation, but inshore waters such as Long Island Sound or Buzzards Bay boast porgy hotspots in 30- to 100-foot depths. Some seasoned anglers drift for porgies where waters are too deep or swift for reasonable anchoring. Drifting is also an effective means of locating a school on open bottom and then anchoring on the cluster, if feasible, or using your tracking device on your GPS to repeat successful drifts. But porgies won’t readily chase down a fast-moving bait, so your best bet is working the slowest tide periods.

Which Bait and How Many Hooks? While porgies feed throughout the tide, baits are best presented during the slow-current periods of 1 hour on either side of slack tide. The baits of choice for scup are sandworms or clams; however, porgies are known for their bait-stealing abilities, especially the shorts. They’re very aggressive and will often rip away soft baits before you have a chance to hook them. Sandworms are currently selling for $11.00 per dozens, which isn’t a wise investment. Squid is a popular bait alternative because it holds better on a tide-swept hook, is much less expensive ($6.99 for a 1-pound frozen box), and smaller fish have more difficulty stealing it. By keeping the squid in a cooler, rather than in the hot sun, you can refreeze leftovers at trip’s end for a later date, often multiple times.

Experts looking to take home a pile of average-size porgies typically fish two hooks to lessen the chance of a bare hook unknowingly picked clean, as well as to increase the chance of a double, of course. Multiple baits can draw multiple fish, and porgies become even more aggressive when competing for food. Therefore, not only multiple hooks but multiple anglers onboard draw in the most action.

In rocky areas when the bite is red hot, some pros revert to a single hook—as do some blackfish sharpies—to reduce tangles, speed turnaround time and lessen bottom hangs. A few experts prefer long-shanked hooks to aid in ease of unhooking, but I’ve found that porgies shy away from an unusually long shank.

Porgy Rigs and Tackle A typical high/low rig works well in most situations, with snelled hooks tied eight inches apart above the sinker. Other anglers have success with a fishfinder rig: two snelled hooks tied about 8 inches apart on a short, 30- to 50-pound leader fastened to a swivel below a sliding sinker, which slides on the main line. Which rig you choose may depend on the current. During strong tidal flow, it’s best to have your baits less tossed about and hugging the bottom; then the fishfinder rig is ideal. But during slow current periods when porgies work up off the bottom they will target suspended baits, so a high/low rig is more productive.

When targeting large humpy porgies, bypass the less expensive, “gold” porgy hooks because they often snap while fighting big fish or during the unhooking process.

My hook of choice is the more expensive—but worth every penny—Fin Strike Pro-Series #2 snelled Gamakatsu bait-holder hooks. These hooks are not only much stronger and sharper, they resist rusting much better. Of course, the sea bass bite is hot nowadays, and having quality hooks will help you land bonus sea bass to round out a great day of bottom-fishing.

Catching Trophies But if your goal is to catch jumbo porgies and weed out smaller keepers, the best way to target truly large fish is with a small EXO Jig. Unknown to many anglers, big porgies are striking fish. Using the smallest EXO Jig on light braid with an 18” mono leader, tip the EXO Jig with a narrow squid strip, wrapping it onto all three hooks.

Because the jig is light, the key is finding a porgy hotspot in 40 feet or less water depth and only fishing the slowest current periods. Although a conventional outfit is typical for bottom-fishing, the friction of the spool and a level-wind device slows the drop significantly, sometimes making it difficult to reach bottom efficiently. Switch to a medium-light spin outfit with a 3000-series spinning reel loaded with 12- to 16-pound braid. When opening the bail on a spin reel, the jig can fall quickly unimpeded.

Slowly work the jig up and down with the rod tip, bouncing bottom each time and staying within 12 to 18 inches of the structure. And then hang on! A bonus with the jigging method is a nice pick of keeper sea bass. It’s the ultimate big porgy challenge.